Updates about TRW and our musicals

2009 brought exciting new shows, products and theatrical licensing news from around the globe. As always, this past year saw thousands of productions of Theatrical Rights Worldwide titles. And, TRW continued to lead the industry with innovative, customer service-oriented practices that have revolutionized the Musical Theatre Licensing business. Here’s a look back at some of the top stories from the TRW Newsletter and Blog archives: 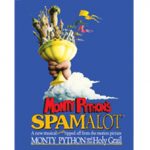 SPAMALOT closed its five year run on Broadway on January 11th, 2009 after an incredible 1575 performances! Housed at the Shubert Theatre, the TRW tuner was a smash hit throughout its half-decade engagement and saw a bevy of Broadway’s best known stars in the cast. Hank Azaria, Tim Curry, David Hyde Pierce, Clay Aiken and Marin Mazzie were just a few of the stars to grace the Shubert stage during SPAMALOT’s reign.

The National Touring Company of SPAMALOT played to sold-out houses across the nation and a new tour is scheduled for 2010-2011.

Gotta give credit to Steve Spiegel, the President and CEO of Theatrical Rights Worldwide. He just released his dazzling, full-color catalogue of musicals, with four-page spreads for such Broadway musicals as ALL SHOOK UP, THE COLOR PURPLE, CURTAINS, and MONTY PYTHON’S SPAMALOT. But here is the best part: The shows that didn’t make Broadway get astonishing play in the catalogue, too. ACE, BARE, I LOVE YOU BECAUSE, and 25 others get dynamic and dramatic two-page color spreads that are bound to attract some customers. If you’ve seen some of the other licensing houses’ catalogues, you’ll have noticed that they often give their lesser-known works a half page at best. If I were a… musical theater writer with Theatrical Rights Worldwide, I’d be mighty proud and happy.

September 2009 brought the release of TRW’s PerusalsNOW™. Hailed by thousands of customers as a brilliant time and money saving innovation, our digital delivery of reading copies of our entire catalogue of musicals-complete with links to the songs-immediately became our most popular perusal format.

October 2009 brought the launch of the Theatrical Rights Worldwide Partnership Team. The TRW Partnership Team is our corporate partner outreach program. Our mission is to reach out to communities that don’t have resources to provide a musical theatre program for young people. TRW believes that all kids should have a chance to participate in a musical theatre program. Our pilot project is a partnership with The Family School in the Bronx, NYC. In October, TRW’s Fred Stuart and Andrew Rainbow began teaching a three week after school drama class with a music component to Kindergarten through 2nd graders. Over 60 kids took part in the process which culminated in a performance for the student’s families and friends. Immediately following the performance a second session was planned which will begin in January of 2010. 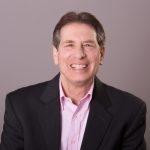 2009 brought accolades for Theatrical Rights Worldwide, honored with an award from the American Association of Community Theatre (AACT) which was presented at  AACTFest ’09 in Tacoma, WA, June 24, 2009. The Corporate Award is presented to businesses and corporations for significant financial support of community theatre on a regional or national basis.

In 2006, Steve Spiegel proudly launched Theatrical Rights Worldwide (TRW), a musical theatre licensing agency with an array of new business practices and a state-of-the-art online catalog of shows from Broadway and Off-Broadway, plus shows originating in regional theatres and international venues. Spiegel is an advocate for the arts whose pioneering efforts have nurtured educational, community and professional theatre throughout the world. He received AACT’s Distinguished Merit Award in 1996. His thirty years of experience listening to and learning from community, school, and professional theatres enabled him to found TRW and create practical, customer-friendly products. Theatrical Rights Worldwide quickly became a supporter of community theatre needs and efforts, locally and nationally. TRW was a sponsor of the national AACTFest in Charlotte, NC in 2007 and a major sponsor of the AACT 2008 NYC Convention. TRW’s support continues as it was also a supporter of AACTFest Tacoma. -From Broadwayworld.com