Updates about TRW and our musicals

Under the direction of vice president, Drew Baker, TRW launched the British Musicals Collection. Inviting composers and writers to submit their work to sit alongside The Battle of Boat, The Hunting of the Snark and Imaginary, a New Musical by Timothy Knapman and Stuart Matthew Price. With the aim to nurture British Musical Theatre, Theatrical Rights Worldwide has opened up the collection to new submissions, the support has been overwhelming!

Originally posted on The Stage 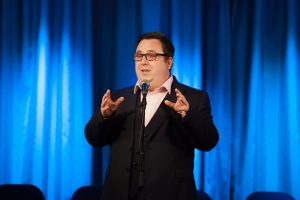 Global licensing house Theatrical Rights Worldwide has launched a search to represent the UK’s next generation of musical theatre writers.

TRW, which licenses shows including The Color Purple and Memphis, is inviting writers of new British musicals to submit their shows to the company. TRW will then select some of the productions for licensing to the professional and amateur markets worldwide, giving them longevity and exposure.

The successful shows will become part of the British Musicals Collection, an initiative created by Drew Baker, vice president of TRW UK.

British Musicals Collection already has three titles that it represents, including Imaginary by Timothy Knapman and Stuart Matthew Price.

But Baker told The Stage he wanted to expand the catalogue of shows the collection represents.

“When I opened the London office last year, I said I wanted to put my stamp on it. Something I felt passionately about was supporting British writers and musicals. With the British Musicals Collection we have the perfect opportunity to support the longevity of people’s writing,” he said.

He added that shows selected for the collection would reach a “much wider network of people” and help keep a musical in the theatre world for a longer time.

Baker said he was particularly keen for writers to consider submitting shows for consideration that featured larger casts.

“If you look at the shows that have a long life, the reason they are still performed is because of the size of the cast. When it comes to the amateur market, the shows need to have a big cast,” he said.

However, he said the company was still keen on smaller casts, and urged writers to think about productions that could be adapted to have larger casts if necessary.

Baker also said he would be keen to hear from writers who have only an initial idea.

“I am happy to commission a musical if someone came in and we thought they had an idea and a team that was brilliant,” he said.

He stressed however that TRW UK was not a producer.

Composers and writers are invited to submit a short synopsis, script and recordings to submissions@theatricalrights.com.

Every submission will be read, and Baker said it could take a couple of months to get through each one.