The reviews are in and the word is out! See what the critics had to say about the 2015 revival of THE COLOR PURPLE.

“For the first time in its long history of dramatization, ‘The Color Purple’ has been afforded an incarnation fully in sync with one crucial aspect of Walker’s original authorial intent — that the audience must participate in the imaginative act in order to comprehend its richness of theme and story. And, in this production, first seen at the Menier Chocolate Factory in London, so they do. Willingly. Delightedly. When they are not rising to their feet to stop the show.” – Chicago Tribune

“The current version is a slim, fleet-footed beauty, simply attired and beguilingly modest. Don’t be deceived, though, by its air of humility. There’s a deep wealth of power within its restraint.” – The New York Times 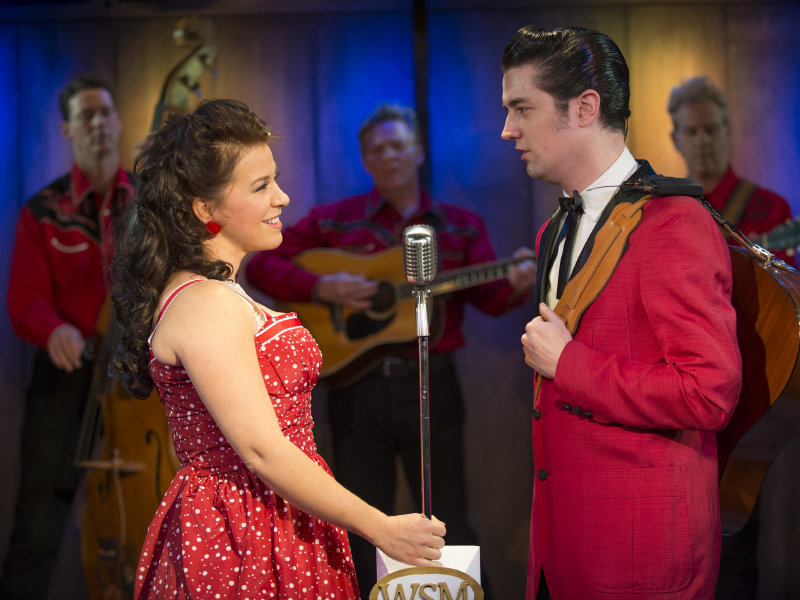 TRW’s RING OF FIRE: THE MUSIC OF JOHNNY CASH has had a remarkable journey from Broadway to theaters across the world. The show is getting a hot new re-conception by original RING OF FIRE creator Richard Maltby, Jr., at the Milwaukee Rep, now playing at the Stackner Cabaret, in the Patty & Jay Baker Theater Complex, through May 5th, 2013.

TRW’s Music & Materials team was in Milwaukee for the opening of the re-boot of the RING OF FIRE franchise. “Richard Maltby Jr. and the entire cast and crew of RING OF FIRE have truly created something special at Milwaukee Rep,” said one team member. “We know it is no easy task to create an intimate, five-piece version of a major musical (originally consisting of sixteen cast members and musicians) while still maintaining the integrity and heart of the show… 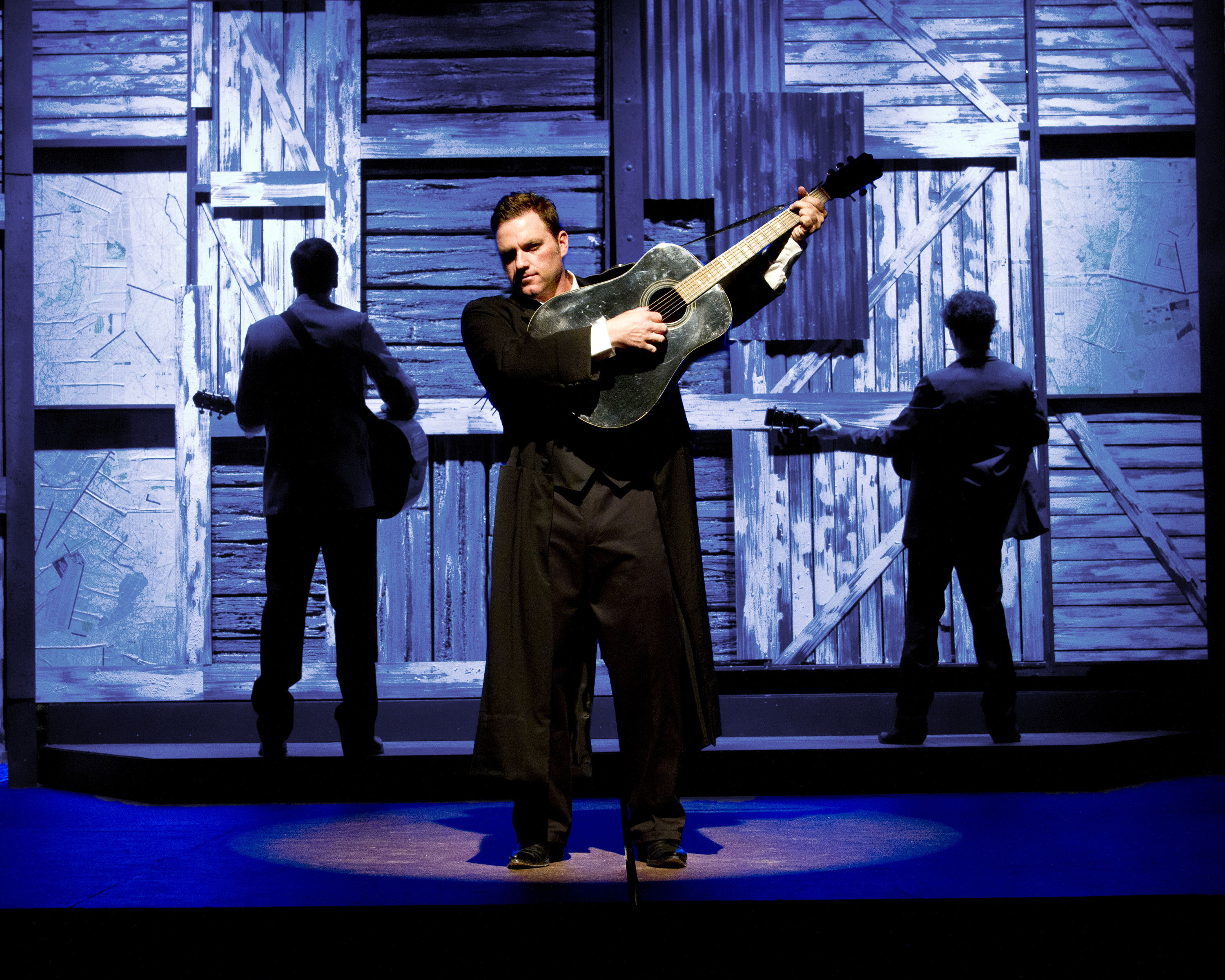 The Des Moines Community Playhouse is widely recognized as one of the top community theatres in the nation. Leaders in the true spirit of creating a theatre for the community, their latest show, RING OF FIRE: THE MUSIC OF JOHNNY CASH celebrates the Man in Black, his times and his amazing music. Born a poor Arkansas boy, he picked cotton on the family farm before embarking on a 50 year career in music that includes more than 1,000 songs, 17 Grammys, and more than 90 million in album sales. Johnny Cash is still one of the most popular entertainers of all-time. The Broadway bio-musical tells Cash’s story of faith, family, passion, redemption, and salvation. A gifted cast of singers and musicians presents 30 of the gifted artist’s hits including “Daddy Sang Bass,” “Jackson,” “Folsom Prison Blues,” “A Boy Named Sue,” “I Walk the Line,” and, of course, “Ring of Fire.”

The California Central Coast’s pre-eminent professional theatre, PCPA TheatreFest is presenting the smash-hit musical whodunit CURTAINS in a split run, April 15-May 9 in Santa Maria’s Marian Theatre and June 17-July 3rd at the Festival Theatre in Solvang. The company has been presenting for over 45 years and has become a staple of the Central Coast’s vibrant Arts scene. I recently spoke with Craig Shafer, the Media Relations / Communications Manager for PCPA and Erik Stein who has the plum role of Christopher Belling in CURTAINS, about the production. Shafer brought me up to speed on the gargantuan task of creating a production of this beautifully designed musical that can be moved from one theater space to another.

So far, CURTAINS is shaping up to deliver a huge hit for PCPA…

Hillcrest High School in Midvale, Utah presented the Utah high school premiere of CURTAINS, November 18-21, 2009, with a superb production. TRW’s Broadway blockbuster features a book by Rupert Holmes, based on a concept by Peter Stone, with a classic score from the legendary Kander and Ebb.

CURTAINS is set in the brassy, bright, and promising year of 1959. Boston’s Colonial Theatre is host to the opening night performance of a new musical.

Hillcrest High School in Midvale, Utah presented the Utah high school premiere of CURTAINS, November 18-21. TRW’s Broadway blockbuster features a book by Rupert Holmes, based on a concept by Peter Stone, with a classic score from the legendary Kander and Ebb. Theaters throughout the world are now getting their chance to produce this phenomenal show!

CURTAINS is set in the brassy, bright, and promising year of 1959…

Why did you choose STRIKING 12?
STRIKING 12 is one of those little known gems of a musical, created by a band called GrooveLily, and later transformed into the “book musical” that we are presenting. The show is a wonderful blend of musical styles – rock, pop, folk, musical theatre – that combine to put a modern twist on a story as old as, well, Dickens and A Christmas Carol.

What’s the story?
The central character, The Man Who’s Had Enough, is at the end of the year and the end of his rope. Nothing seems to make him feel better about himself and everything around him until he meets, quite by accident, a girl selling “full spectrum holiday light bulbs” as a way to overcome the holiday season blues.